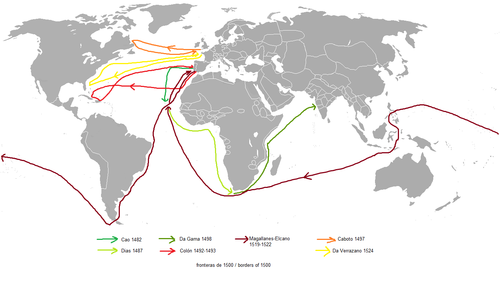 Why did the Age of Exploration that eventually led to the European settlement of the Berkshires begin in the 1400’s? Fear, greed and new technology.

Need to Find an Alternative to Mediterranean Trade

The fear of the Ottoman Turks to the Europeans South and East was great enough to make them take the risk of turning west for alternate trade routes.  Surrounded by the Muslim Ottomans, the fall of Christian Constantinople in 1453 to the Turks seems inevitable to the modern mind but was psychologically horrifying to the European Christians.  And indeed the Europeans had reason to fear the superior wealth and technology of the Muslims evidenced by the siege of Vienna as late as 1683.[i]

Finding an alternative to trading through Muslim territory formed a powerful motivation to shift focus beyond the Mediterranean. 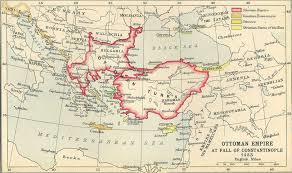 Also, prior to the 15th century, Europe was behind many cultures in what is today the Middle East and Asia in openness to new ideas and technology.  While certainly a long way from the 18th century age of science, by the 15th century, the seeds of new openness had been sewn with the Renaissance, the forerunners of Reformation, printing and political shifts from solely religious to more secular leadership.

European maritime activities had been largely isolated to the Mediterranean and the North Sea.  But by the 15th century Spanish and Portuguese mariners had started to develop new ships, navigation techniques, cannon and geographic knowledge.[ii] 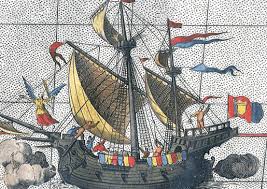 With the completion of the re-conquest of Iberia (Ferdinand and Isabella of Spain)in 1492, the door to Atlantic exploration was wide open.

Although Columbus and the Spanish explorers are not entirely relevant to discussion of the exploration of Massachusetts, the conditions that lead to their voyages as well as the excitement their voyages touched off led to voyages that would touch on the Northeast. Columbus’s voyage and his glowing (if somewhat fictional descriptions of what he found there) touched off a land rush….or more accurately a trade rush.