The Lenox Historic District was established in June 1975 by a vote at a special town meeting of 162 in favor, 20 opposed.  It was one of the first Historic Districts in the area.  In 1960 the state had passed legislation to encourage the formation of local historic districts (40C)

From what we can learn from existing documents and newspapers, the level of interest was high because the village had, since being re-zoned commercial, started to lose its unique character.  As early as the late ’60’s planning documents  identified keeping Lenox Village as a unique type of shopping area the best way to compete with ubiquitous strip malls and shopping areas.

The first report (town meeting 1976) of the Historic District Commission re-iterated its purpose:

“The By-law expects the Commission to be a watch-dog over the Historic District to prevent alteration or construction which, in its opinion will be out of keeping with the character and history of the Town.  It is the right, duty and purpose of the Commission to insure the Town and all its members against such violent change as would destroy or impair its character in any significant way.”

The town website provides guidelines on the process to be followed to get the approval of the Historic District Commission and suggestions of what changes will be considered consistent with the goals of the District.

The work of the Historical Commission has included surveys of the historic properties in town.  These surveys have been reproduced on this website (see “Places”). 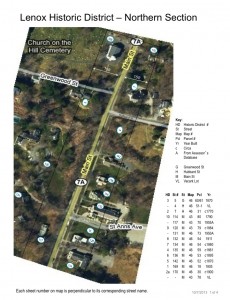 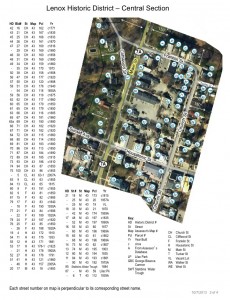 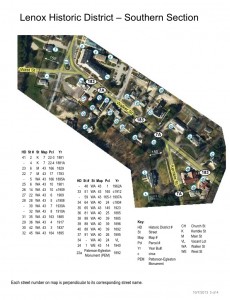 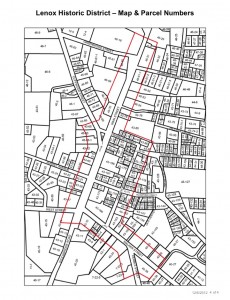