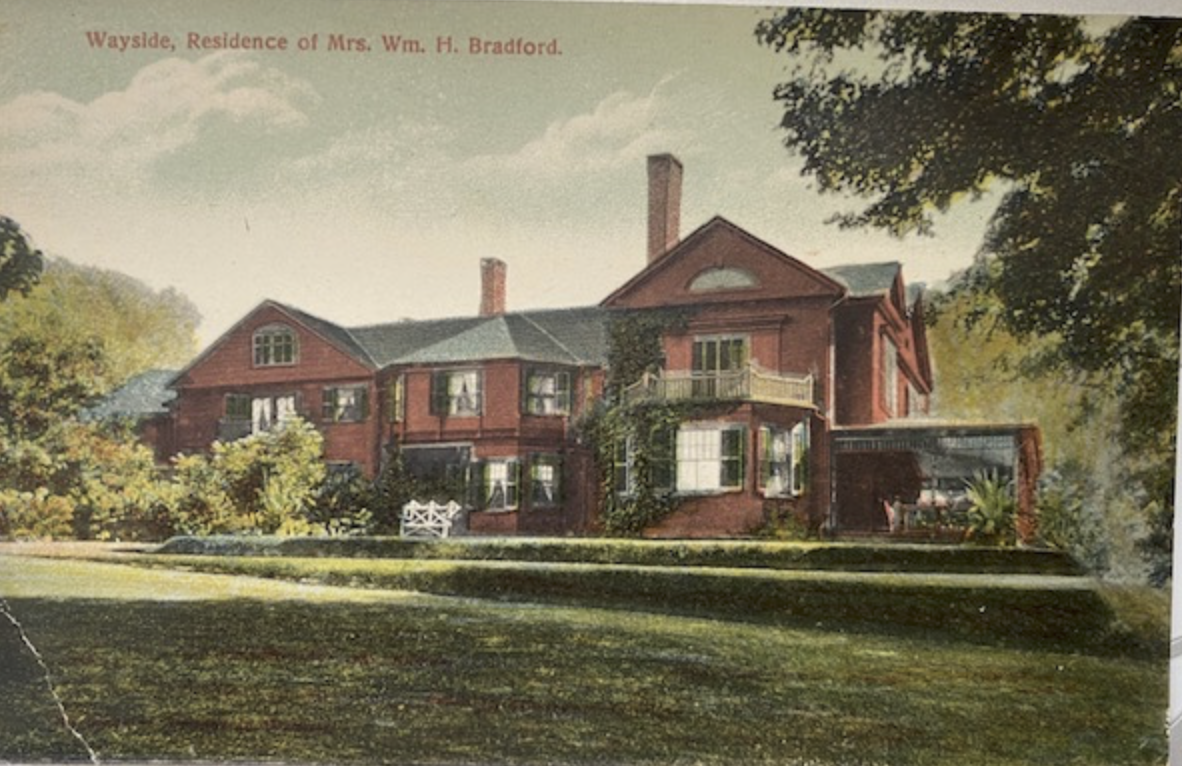 For over a century, the traveler on the road from Lenox to Pittsfield would be impressed by a series of fine brick Federal style houses.  North of the village the first one was a fine farmhouse overlooking the intersection of West Dugway Road. It is said to have been built around 1830 by John Steele and long owned by Walter Richards (c.1803-1875) and his family. The three-bay wide brick dwelling stood gable end to the road with a distinctive fanlight in the attic.

After 1882 this house became known as “Wayside” when purchased by New Yorkers Anna Dexter Bradford (1838-1919) and William H. Bradford (1812-1895). She was the daughter of a successful drug merchant in Albany, and he was son of a Connecticut merchant who made a fortune in New York City in railroads and commercial real estate. He was named after his distinguished forebear the first governor of the Massachusetts Bay Colony.

In 1882 when he came to Lenox, William H. Bradford was in his seventies. He, like his father, was investing in New York commercial real estate but is said to be an unassuming man more interested in art collecting and farming the 380 acres purchased in Lenox.

His property went across Route 7 and went from West Dugway Road to East Dugway Road.  The 1881 purchase was four farms; one of which they would renovate and expand into Wayside, another would become Brushwood Farms and was sold to the Godwins.

Mr.Bradford supplied the town with stone from old walls to fill muddy stretches of the road. He regraded the road banks and planted a tremendous number of roadside trees (probably comparable to the High Lawn ones on Rt 7).

For the next thirty some years the Bradford family farmland along Route 7 (originally a mile of road frontage) set the tone for this once-beautiful road. Supervising the property was John Hughes, who was orphaned as child and brought up by the Bakers across the road from Wayside.

The Bradfords’ son, George Dexter, an aspiring entomologist died, at the age of 21, in 1894. The Museum of Natural History in New York was bequeathed his collection of 5,000 beetles (many presumably found at Wayside).

Another son, William, was one of Lenox’s earliest automobilists. In 1900 he set up a short-lived enterprise on the Wayside property building cars suited to the Berkshires’ hilly terrain.

In 1919 Mrs. Bradford died in Paris. Her will authorized her two surviving children, a widowed daughter Grace Fairfax, and the motor mechanic, now settled in France, William H. Bradford Jr, to sell Wayside.

Subsequently it passed through a number of owners and was known as the Cardinal Inn and various other names.

In March 1953 Genevieve and Frederick Bashara were operating the house as the Cardinal Inn when the 122-year-old landmark burned in a spectacular blaze. 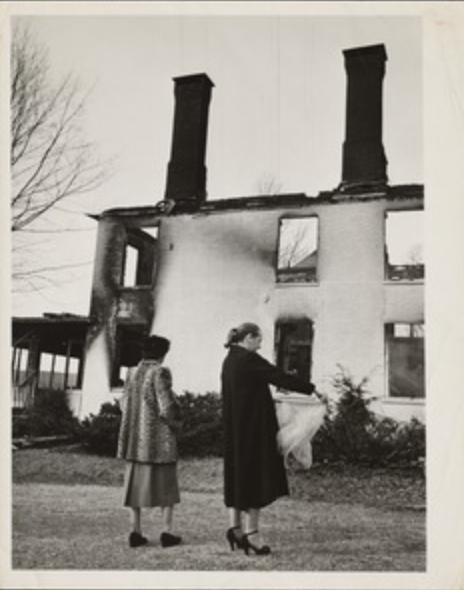 Until the latest demolition, a succession of hotels has stood on this site since then.

Many thanks to Cornelia Gilder for this original research on Wayside and the Bradfords.