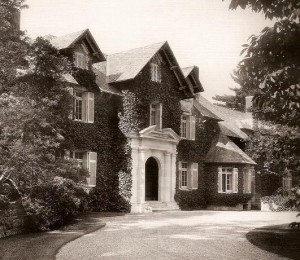 Roselle Charlock gave a talk Oct. 30, 2014 at the Lenox Library which rounded out the information from Rick Goeld on Windsor Mountain School.  Rosalie’s talk provided an introduction to her new book, Windsor Mountain School, A Beloved Berkshire Institution.  Roselle is professor emerita of education at the Massachusetts College of Liberal Arts and the author of several books on education and on the Holocaust.

Progressive Education at Windsor Mountain with a European Flair

Her book provided additional information on the Bondy family (the founders of Windsor Mountain School) and their educational philosophy.  Max Bondy had a background with the German Youth Movement which, before it was co-opted into Hitler Youth, stressed healthy outdoor living  which Max and other faculty members brought to Windsor Mountain School.  Their educational philosophy also emphasized learning to control violent, destructive impulses natural to all of us by experiential learning, artistic expression,  and a self-defined path.  Freedom was seen as key to a self-defined life.   END_OF_DOCUMENT_TOKEN_TO_BE_REPLACED