In 1929, the Roadside Committee of the Lenox Garden Club purchased the Powers and Crockett Farms at 472 West Mountain Road.

With that purchase they created the 300 acre Pleasant Valley Bird and Wildflower Sanctuary – largely with financial support from Lenox heiress Mary Parsons. From the swampy location we can guess that this was not the most desirable farmland and that the owners must have been thrilled to get rid of it in the 1920’s.

The sanctuary began with a book. Dallas Lore Sharp, a professor at Boston University, published Sanctuary,  a call to protect the land, and he came to Lenox to speak. Sharp saw the landscape changing around him. The mountains had been logged, and the beaver were gone. Roadside flowers and songbirds were disappearing. He wanted people to know the plants and animals around them, familiarly.

Mary Parsons felt that call in 1928, walking in the fields. She knew that if she and her fellows could not preserve the land, “the wood would be sold and the hillside stripped,” she writes in a Pleasant Valley publication from the summer of 1940. She led the way in raising funds to buy the 250 acres of the old Power Farm. Then the Lenox Garden Club had to sort out what to do with it. They held their first meetings in the barn, on piles of hay. (Becky Sharp – Pleasant Valley Wildlife Sanctuary). 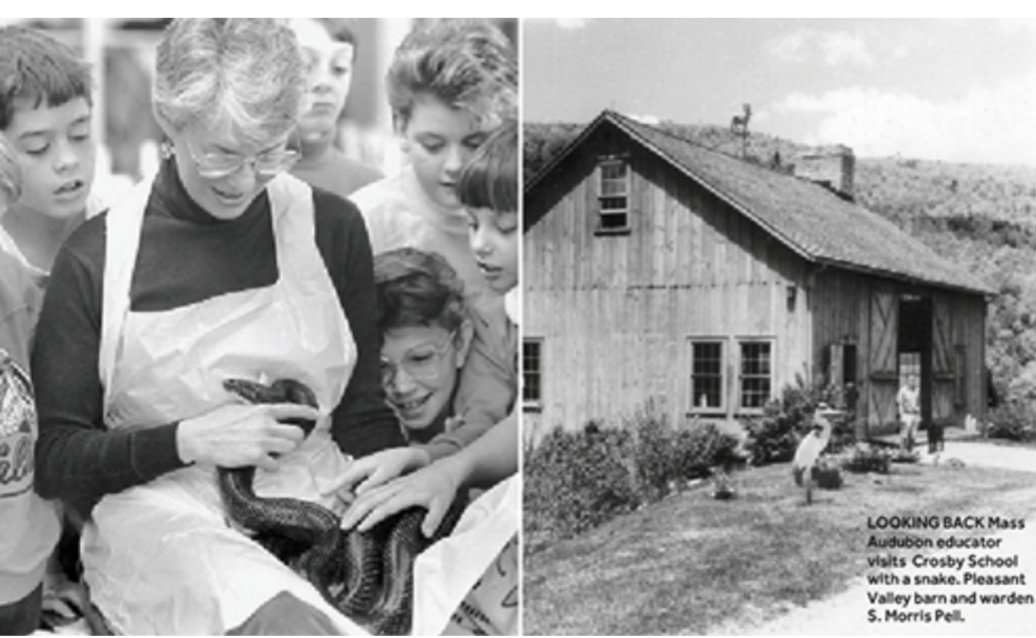 Maurice Broun, an energetic urban naturalist became the sanctuary’s first superintendent. Broun had grown up looking for birds on Boston Common, Cushing says. The mountainside was a new world to him, with its old orchards, glens and gorges.

In his own essay, Broun recalls those founding years as restoration at a full sprint. He put up 225 wooden bird boxes and hauled chestnut logs out of the woods to support them, with the help of a local farmer and a team of horses. He created five miles of trails and bridges with a World War I veteran named Charlie Hartman. He walked the new trails, recording ferns and wildflowers, and he spent his evenings identifying them.

In 1929, the sanctuary acquired 50 more acres of farmland from a neighboring family. Harriet Crockett sold them the land and stayed with the sanctuary to run a tea room on the ground floor of the old farmhouse. Her family had lived in the Berkshires for generations, Cushing says. Her father had served in the 54th regiment, the first regiment of black soldiers in the Civil War, and the house had been built just after the revolutionary war.

Broun moved on in the early years of the Depression, and the sanctuary brought in more willing workers—including beavers. Reintroduced by warden S. Morris Pell in 1932, they turned the alder swamps into natural ponds. (from writeup of 90th anniversary of Pleasant Valley in Town Vibe August 2019).