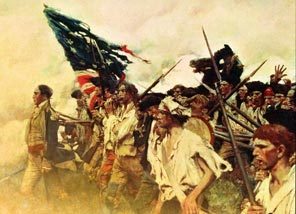 In The Marketplace of Revolution,  T.H. Breen, describes the 18th century growth of trade and the increasing importance of British  china, fabric and imported metal goods in homes around the world – particularly in the British colonies of North America.  By the 1770’s North American consumption accounted for as much as a third of British production.  The dawn of mass consumption had arrived in America and consumer mass movement was to follow.

Colonial dismay over the Stamp Act  of led to the first attempt at mass boycott, but the boycott lost momentum after the comparatively speedy repeal of the Stamp Act. 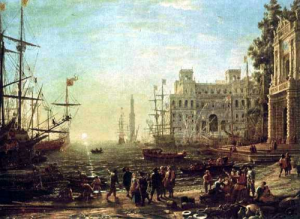 However by  1774 when the Intolerable Acts had been passed, there had been almost a decade of  accelerating grievances.  The British had succeeded in creating a trade in which the colonists struggled to sell enough in raw materials to trade for British finished goods – at protected prices that were profitable for British industry.  This cycle of the British attempts to tax (as well as manage the trade and expansion of their colonies)  succeeded, Breen argues, in creating both mass consumption and then mass protest.

Even remote Lenox had, by 1774, become part of this mass protest.  (see discussions of the non-importation agreement and the closing of the courts in Great Barrington)

The cooperation across the highly independent colonies proved they could work together.  Revolution would have been unthinkable without this unity.

The impact of the enlightenment and its emphasis on reason, secularism and optimism on both the American and French Revolutions is often discussed.  Although Lenox  had its share of well-educated individuals at the time of the Revolution, it is unlikely that the hard-working settlers had formal intellectual discussions about free-will and the nature of government.  However, it is likely there were spreading and increasingly emotional debates going on in the surprisingly frequent social occasions available to early Lenox residents.

These debates may have been  about what modern politicians would call “pocketbook” issues — taxes, closing the land west of the Appalachians for settlement, potential bias in settlement of property and debt claims through the courts, etc.  Lenox residents would have taken risks (as there fathers had done) to move to a new area based on hoped for opportunities to provide for their families.  Any threat to realizing growth potential would have been highly personal.

It is also likely there would have been some self-righteous religious fervor born of origins and – in New England at least – some vestiges of a sense of having a higher moral standard than the corrupt England of their fore-fathers. 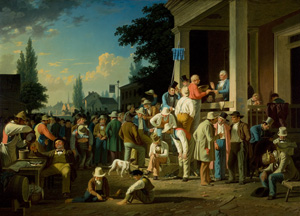 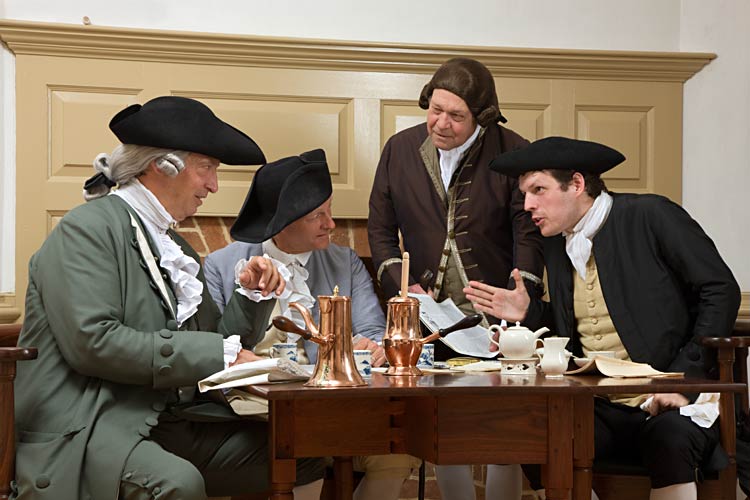 These ideas, as well as the tactical details of specific actions such was the non-importation agreement would have been debated at weekly Church services, militia drills (held regularly well before there was any thought of Revolution), and in the omni-present taverns.  It has been argued that there were taverns in New England for every 40 adult males — must have been sort of a pre-TV man cave.  We know of at least three (Hinsdale, Dewey, Whitlock) in Lenox.  One only has to listen to modern talk radio for a few minutes to imagine the heat that could be created after a couple of glasses of ale.  Additionally, we don’t know that sedition was preached from the pulpit, but we do have Rev. Munson signing the non-importation agreement.  The British referred to the Congregational and Presbyterian clergy as “The Black Robe Brigade.”

The English decided to impose statism on the colonies they had been semi-ignoring for 150 years at just the wrong time.  And their understanding of their colonists was poor.  They were separated by a two to four month journey and few in England had actually lived in the colonies.  It was therefore , hard to recognize that their colonies had become bigger, prouder, and more self sufficient.

The Americans had played a major role in all the French and Indian Wars and particularly in the last (Seven Years War) which resulted in an enormous English victory in North America (Canada and what would become the USA west to the Mississippi). 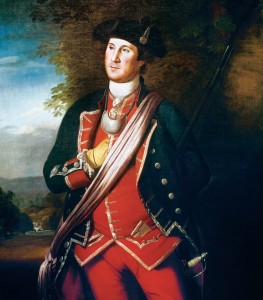 The American troops (including officers such as George Washington) felt belittled by the English officers  and in fact many under-estimated the American’s willingness to fight all the way up to Bunker Hill.  (Some British officers, however,  knew what they were getting into and even refused to serve in the American Revolution – see The Men Who Lost America).

Instead of recognizing the colonials growing pride in their own capabilities, George III and Parliament picked this time to start more rigorously imposing island based government.  George III was, according to Andrew Jackson O’Shaugnessy, neither a tyrant or crazy (that came later), but did have sort of a Dick Cheney complex of wanting his views of good government enacted and respected no matter what.  George III thought the colonists would welcome the redcoats as defenders of their Parliamentary rights.

American trade was growing and population had exploded.  By the Revolution there were 2.5 MM** people in the 13 colonies (about 20% of whom were slaves).  These Americans were not, like most Europeans, concentrated in limited areas.  Ninety-five percent lived in rural areas. Conquering a city (even the capitol – Philadelphia) would  not equate to capturing either hearts and minds– or even provisions.

The English, particularly those close to the actual fighting, knew they were dealing with challenging logistics and a vast country,  but they thought they could overwhelm what they thought was a small number of radicals with  “shock and awe” blows in Boston and New York.  They continually over-estimated the degree of loyalist support they would get once they landed and ended up having to ship most of their manpower and provisions from Canada and Britain.

In fact, the American colonists were three to five generations removed from their English heritage.   At the start of the Revolution only about a third (probably more in New England) were active participants, but that did not mean the many neutral to indifferent colonials were willing to fight their neighbors and countrymen.  The Americans had evolved to a more egalitarian and future oriented culture and had become highly capable of self government.

The Glorious Cause: The American Revolution, 1763-1789, Robert Middlekauff, Oxford History of the United States, 2005

The Men Who Lost America, British Leadership, the American Revolution and the Fate of the Empire, Andrew Jackson O’Shaughnessy, Yale University Press, Published with assistance from the Annie Burr Lewis Fund, Copyright 2013