The exterior of the current Arcadia Shop, 91 Pittsfield Road,  was built by Thomas Steel in 1759. We don’t know where he was born but his son, Thomas Steel, Junior, was baptized in West Hartford, CT in 1766 (born 1761 in Lenox). That area of Connecticut was home to a lot of Lenox early settlers, so it is reasonable to assume he and his wife Desire Stanley took Tom Jr. there to visit the grandparents. Thomas signed the non-importation agreement and was a Revolutionary War veteran. 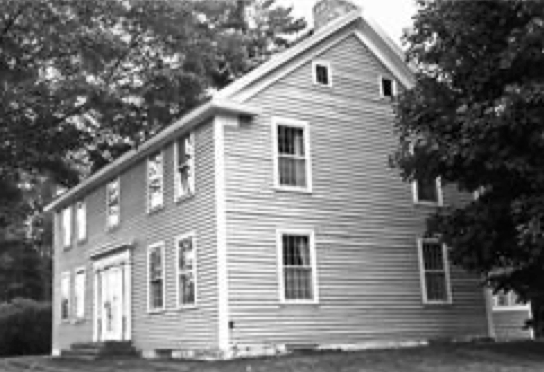 Thomas and Desire lived into their 80’s, but the rest of the family record from the Church on the Hill Cemetery tells a tale of some sadness. Thomas Steel, Jr. married the daughter of the first sheriff, Gen. Caleb Hyde—an early Lenox mover and shaker who moved to Lisle, NY with Major Gen. John Paterson. Unfortunately, Elizabeth Hyde Steel died young in 1797. Their son, Chancey, died in 1818, age 24. Tom Jr. remarried and had a daughter with Candace. The daughter, Betsey Jerusha (interesting that she had the same name as Tom Jr.’s late wife) also died young in 1823, age 20. Cholera was going around in the 1820’s. Perhaps a culprit for the deaths of Steels young and old at that time.